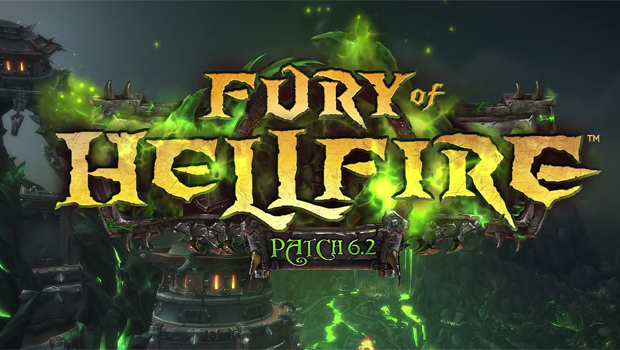 I’ve written up some encounter-specific tips as a blog post first, but this will probably be merged into the Holy Paladin guide at some point as well.  At the time of writing this, our guild is working on Mythic Mannoroth so my knowledge of the Mythic version of the Archimonde encounter is somewhat limited by the fact that I haven’t actually done it.  I’ll probably update that section once we get to it, though at that point it will probably be part of the guide and updated there.

First off, this post includes tips for healing each boss in Hellfire Citdadel and not an encounter guide per se.  If you are unfamiliar with the fights themselves, I suggest visiting the Wowhead Hellfire Citadel Guides written by Dayani, or watching the Proper Bird video guides on YouTube for more general information about each encounter.

This encounter is more or less a pushover on Normal and Heroic.  Keep Beacon of Light and Beacon of Faith on the tanks at all times and spot heal the raid.

Though still not nearly as hard as most of the other bosses in HFC, Hellfire Assault on Mythic is at least a little challenging.  The prevailing strategy is to split your raid into two groups to cover the adds assaulting each cannon.  Once your raid splits, move your Beacon onto whomever is going to be carrying the Felfire Munitions, leaving the other Beacon on the tank on your side.

Use Devotion Aura if one of the Gorebound Felcasters drops below 50% accidentally (without being focused) and begins casting Felfire Volley.  You can also use Devotion Aura for the Felfire Artillery’s Artillery Blast.

Make sure that you can see your tank’s debuffs and cast Hand of Sacrifice on them if they get too many Slam stacks.  This can depend on your tank, but will typically be around 4 or 5 stacks.

Glyph of Dispel can be useful here for the Engineer’s Conducted Shock Pulse.

This fight is very healing intensive, so use Avenging Wrath early and often.  If the tanks need frequent cooldowns, you can take the Clemency talent, but if they don’t, I would recommend Unbreakable Spirit for more frequent uses of Divine Protection.  Make sure to use DP on every single Pounding.  Coordinate with your other healers on which three-minute cooldown to use for each Pounding.

The only difference worth noting in Mythic is the sets of bombs that drop during her air phase. The Reactive Bombs that the tanks will need to blow up deal physical damage.  Typically they can handle this with their own cooldowns, but on the off chance that they need to blow up several, be ready to use Hand of Protection.

For trinkets, I would recommend Unstable Felshadow Emulsion if no one else on your raid team has it.  The trinket is a really good trinket, but it’s much better on classes that have more healing distribution among the raid.  If a Holy Priest/Resto Shaman/Resto Druid/Mistweaver Monk has the trinket, go with Demonic Phylactery.  If you don’t have either of those, go with Intuition’s Gift. Always use the class trinket, Libram of Vindication.

Normal, Heroic, and Mythic difficulties of this fight are all relatively the same for healing.  Use Hand of Sacrifice on the tanks when they get Foul Crush, use Avenging Wrath on as many Pounds as you can, and coordinate with your healers to use Devotion Aura on Pound as well.

This boss is not much of a threat on Normal and Heroic.  Use Avenging Wrath on cooldown. Most guilds opt to kill Gurtogg Bloodboil first so the only Ultimate abilities you’ll get are Dia Darkwhisper’s Wailing Horrors and Windwalk from Jubei’thos.  Coordinate with your healers to use Devotion Aura during these ultimate abilities.

The differences between Normal, Heroic, and Mythic have no direct influence on healing for this encounter.  Use Avenging Wrath during Death Throes.  Make sure you spec into Clemency and use Hand of Protection on players that get the Heart Seeker debuff, but make sure you know who is going into the Visions of Death because it will remove the debuff.  Don’t waste your Hand of Protection on people that will have it removed anyway.  Coordinate with your other healers about which Death Throes to use Devotion Aura on.

Holy Paladins are not great at healing through Feast of Souls, but it is important to have a chain of cooldowns ready to deal with the damage.  If you are consistently having trouble healing through Feast of Souls, you can try taking Light’s Hammer instead of Holy Prism.  Try using it in combination with a DPS cooldown like Rallying Cry or Smokebomb.

Tanks typically don’t require many external cooldowns, so take Unbreakable Spirit and use Divine Shield if you get Touch of Doom.  Bubble will completely negate the ability–pool and all.

For trinkets, Unstable Felshadow Emulsion is unbelievably good for Feast of Souls. A Resto Shaman and Holy Priest use the leech trinket on my guild’s Gorefiend kills and it can contribute up to 170k HPS during Feast of Souls.  Again, this trinket is good, but only if other people don’t have it.  If another throughput healer (or two) has Unstable Felshadow Emulsion, use Demonic Phylactery or Intuition’s Gift instead.  Intuition’s Gift is also really good for healing the Tortured Essences.

Not much changes between each difficulty.  Use Avenging Wrath early to have it back up for each phase transition.  Coordinate with your healers on which Focused Blast to use your Devotion Aura on.  Pay attention to players that get targeted by Phantasmal Wounds and heal them up to full before moving to the next player.

Make sure you can see debuffs on your raid frame if you’ve been designated to dispel the Fel Bombs during the air phase and then quickly throw the Eye on Anzu back to a tank.

During phase 1, cast Hand of Sacrifice on tanks that are going to take more than two Reverberating Blows. Use the Glyph of Beacon of Light and swap your Beacon to players that get targeted by the Gift of the Man’ari.  Use Devotion Aura during Apocalypse.

In Mythic, the Soulbound Construct’s Reverberating Blow will apply 6 stacks of Shattered Defenses.  Coordinate with your other healers and tanks on how to use externals to mitigate tank damage in phase 1.  Use Avenging Wrath on Apocalyptic Felburst in phase 1.

This fight can be really scary in phase 2 and 3.  Use Devotion Aura for Edict of Harm. The Edict of Harm lasts for 9 seconds and your Devotion Aura only lasts for 6.  The damage increases with each tick, so you should hold your Devotion Aura until after the first tick to be sure to cover the last two. Touch of Harm will come out every 45 seconds so you can use Avenging Wrath on every other one.  Let your other healers know when you’ll be using it so they can know when the Touch of Harm debuff might need additional help with healing.  Focus players that have Font of Corruption in phase 2.  Use Divine Shield on Gavel of the Tyrant in phase 2 to avoid the damage and knockback.

Fel Lord Zakuun is fairly straightforward.  Use Avenging Wrath early and only hold off on using it every cooldown if he is about to transition into the next Phase or if Seeds of Destruction are about to go out.  Use Hand of Sacrifice on tanks if they need help during Heavy Handed.  Use Devotion Aura at the beginning of each phase transition to mitigate the Fel Explosions.

If you’ve chosen the Selfless Healer talent, I prefer using Long Arm of the Law instead of Speed of Light due to how often you can be targeted by Fel Surge or Void Surge and have to move. Use Avenging Wrath on cooldown and coordinate with your other healers about chaining Devotion Aura in the last phase for Overwhelming Chaos

Tanks will take considerably more damage.  You’ll probably want to spend more time than usual throwing heals to tanks to build up some Illuminated Healing.  Make sure the use Hand of Sacrifice on the tank that is taking Felblaze Flurry from Vanguard Akkelion.  If your strategy is to use specific players to bait out the Empowered Chains of Fel, you can use Divine Shield to immune the cast and no one will be affected.  This only works if the boss casts the ability specifically on you and you use Divine Shield while he is casting.

Use Avenging Wrath early in phase 2 for the first Fel Hellfire.  Take Unbreakable Spirit and use Divine Protection every time you soak Mannoroth’s Gaze.  Use Devotion Aura for Empowered Shadowforce.

In Mythic, two Paladins can handle mitigating the damage of Curse of the Legion with Hand of Sacrifice if they have both talented into Clemency, but you’ll have to trade off each curse to make sure the charges come back off cooldown.  This might be possible with just one Paladin, but two is safer.

Three-minute cooldowns are used for various abilities and should be coordinated with your other healers as to when to use your Devotion Aura–typically used for Shadowbolt Volleys.

If you’ve chosen Selfless Healer, I suggest using Long Arm of the Law instead of Speed of Light because of how often you’re required move.

Use Avenging Wrath after the first Allure of Flames and keep it on cooldown.  Use Hand of Sacrifice on the tanks when they get Death Brand.  Use Devotion Aura when players are breaking Shackled Torment.  Use Speed of Light for every Allure of Flames as well.

In phase 3, the Infernal Doombringers can be taunted to keep them more than 15 yards apart from each other.  One tank will always be in the Nether Banished realm, so it might be advantageous to your raid to taunt a Doombringer if more than one are stacked on top of each other.

I’ve found that both Selfless Healer and Eternal Flame are usable for any fight in Hellfire Citadel.  One might be better than the other in some cases, but they are relatively close in healing-per-second and you should use whatever you feel most comfortable with.  Good luck in Hellfire Citadel!